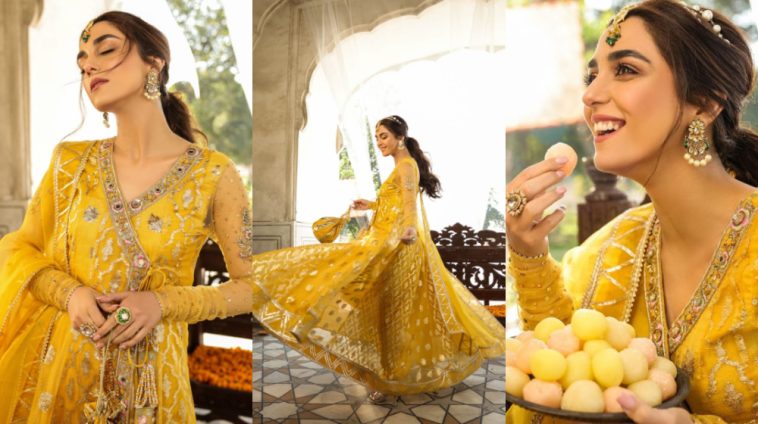 The ‘Paray Hut Love’ star is looking gorgeous as ever!

There isn’t anything you need to know about Maya Ali. She is a household name that doesn’t need any introduction. It doesn’t stop there: She’s also a fashion icon, and her stylish outfits often make the social media fashion list. When the diva took a picture in a beautiful angrakha with shades of amber, her fans’ hearts were made to burst. 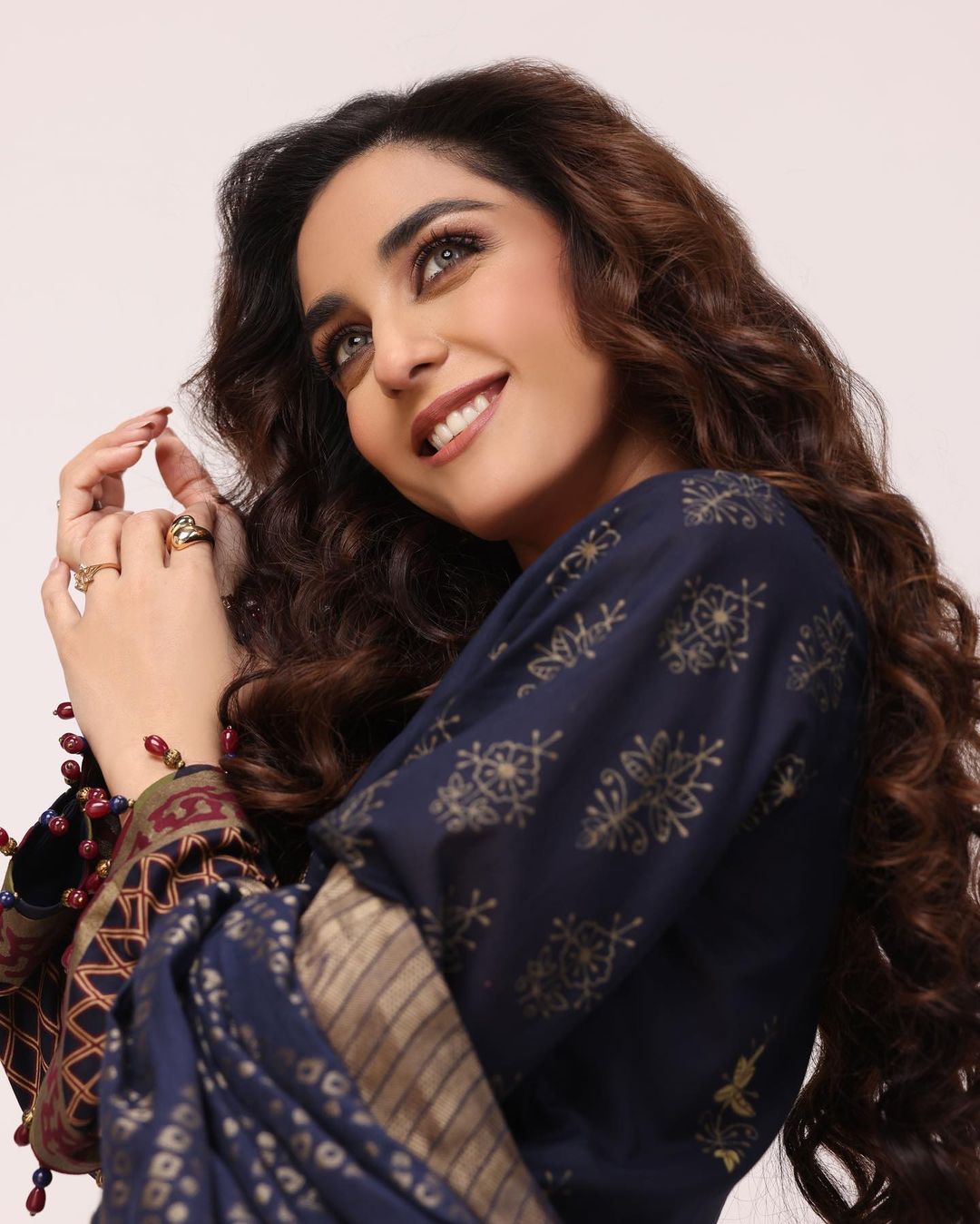 Maya Ali is one of the best and most well-paid actresses in Pakistan’s show business. For her first film, she worked on Dur-e-Shahwar. After that, she keeps getting all the attention.
She also starred in big movies like Teefa in Trouble and Parey Hut Love. 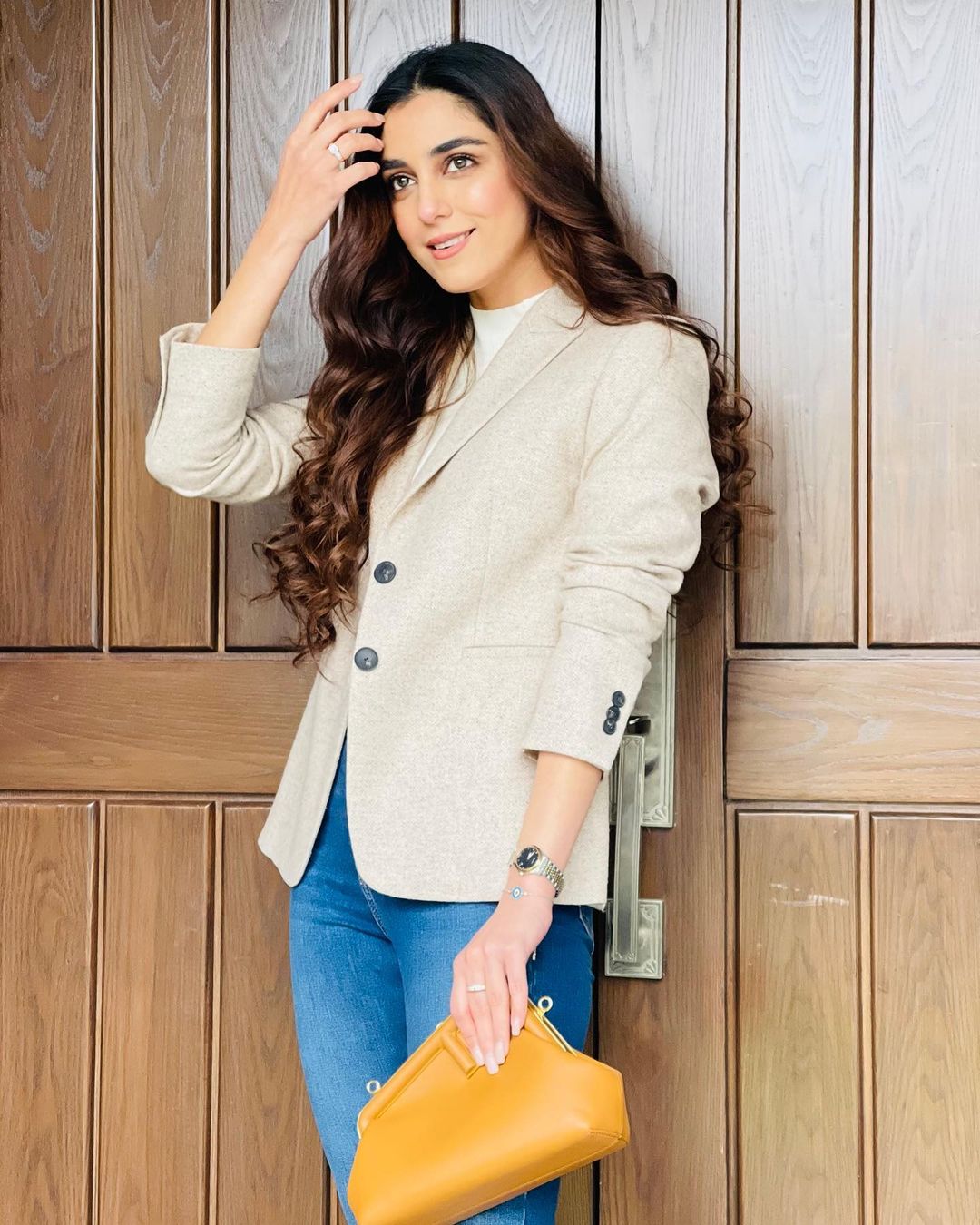 Along with being an actress, she is also a business woman. She has her own clothing line called MAYA Prêt-a-Porter. In the last few days, the actress has been making headlines because she was named the most influential woman in 2021 by the magazine Filmfare. Wahaj Ali’s show Jo Bichar Gaye with her won the hearts of the viewers because of its great storyline and great acting by the cast. 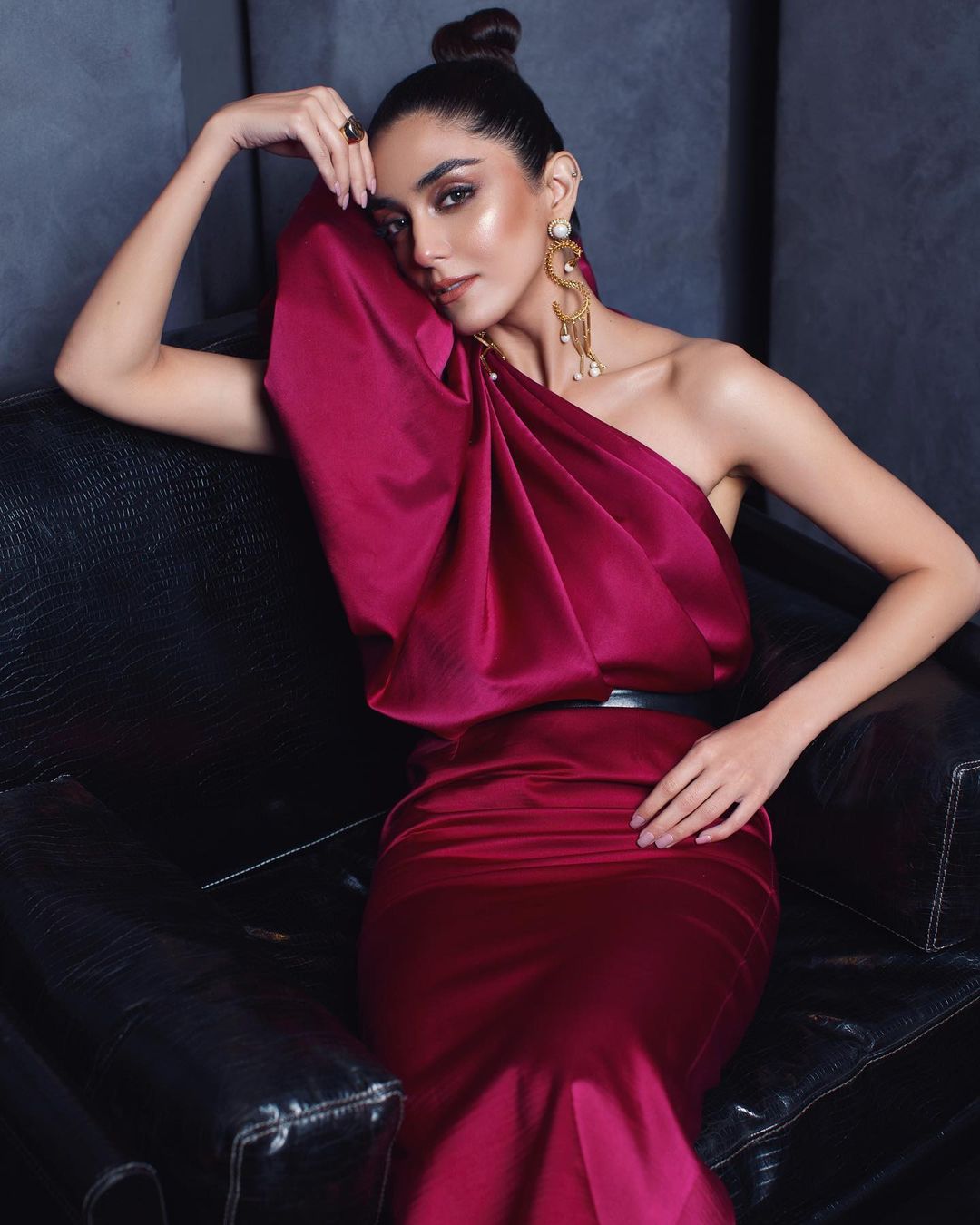 A recent photo shoot for her own fashion brand made us fall in love with her again. She is always on top of her game with her fashion sense. Amber-hued dabka and intricate mirror work give this regal angrakha its royal look. The fashionista moves gracefully in this regal outfit. Look around! 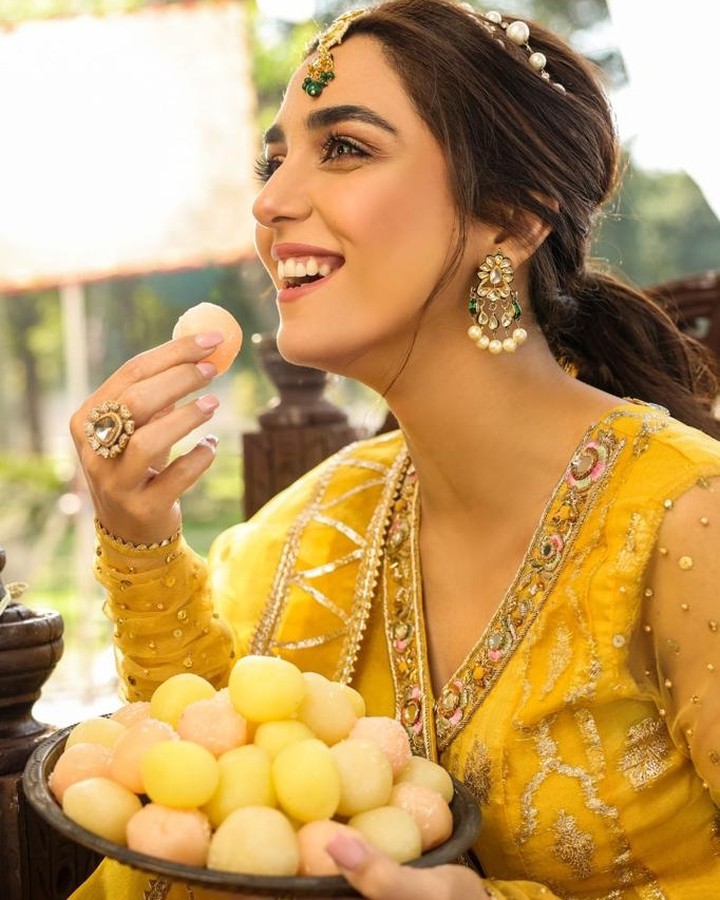 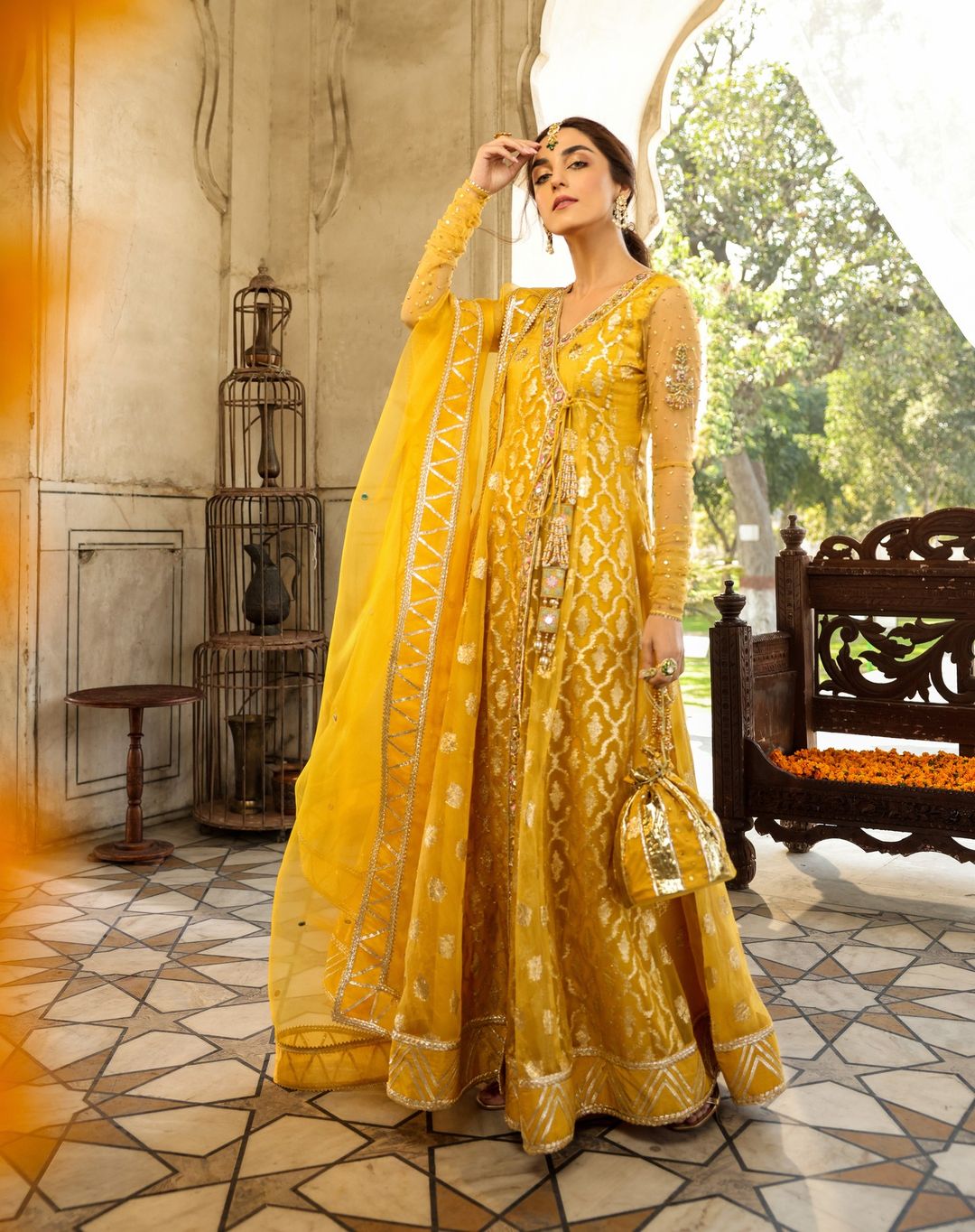 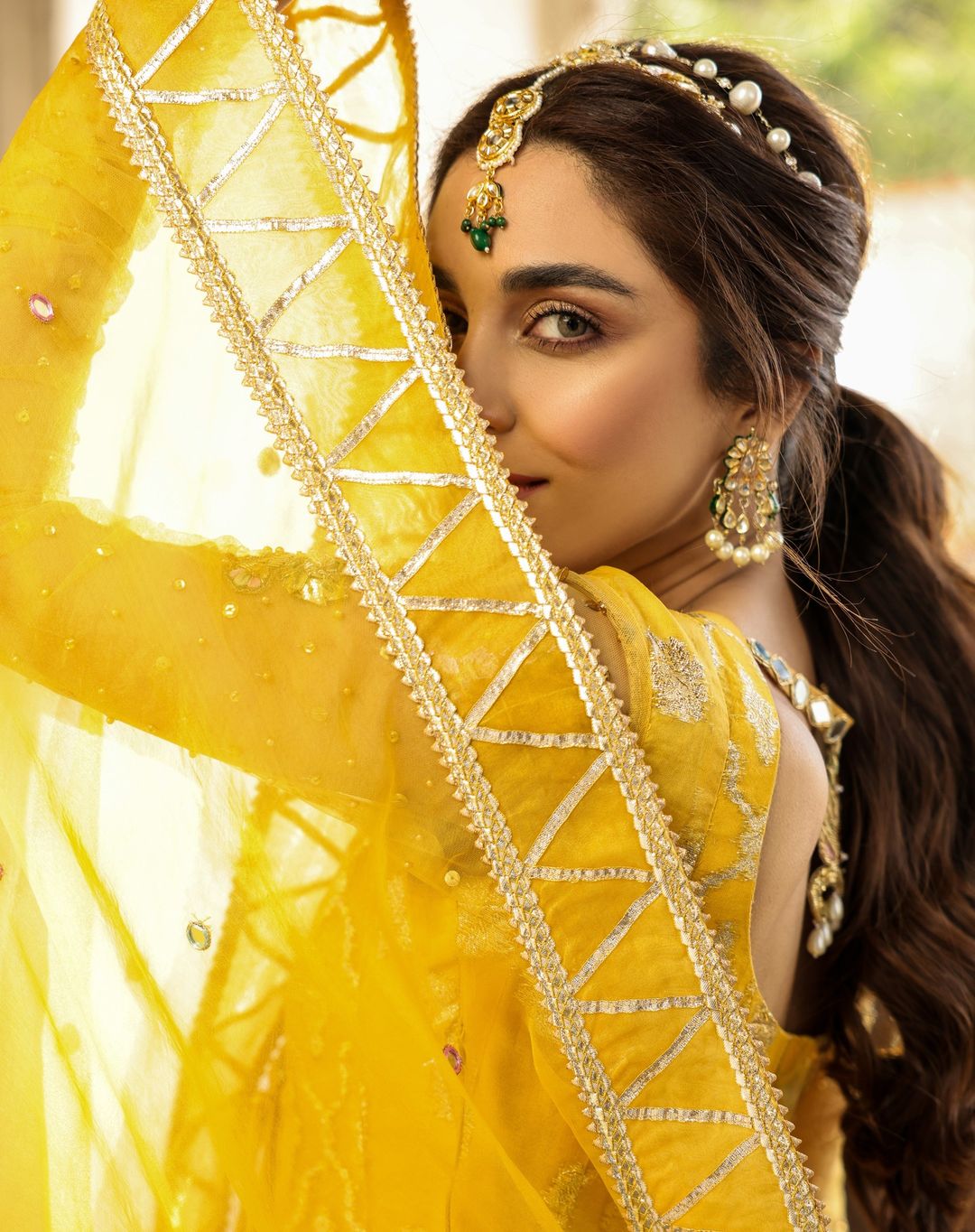 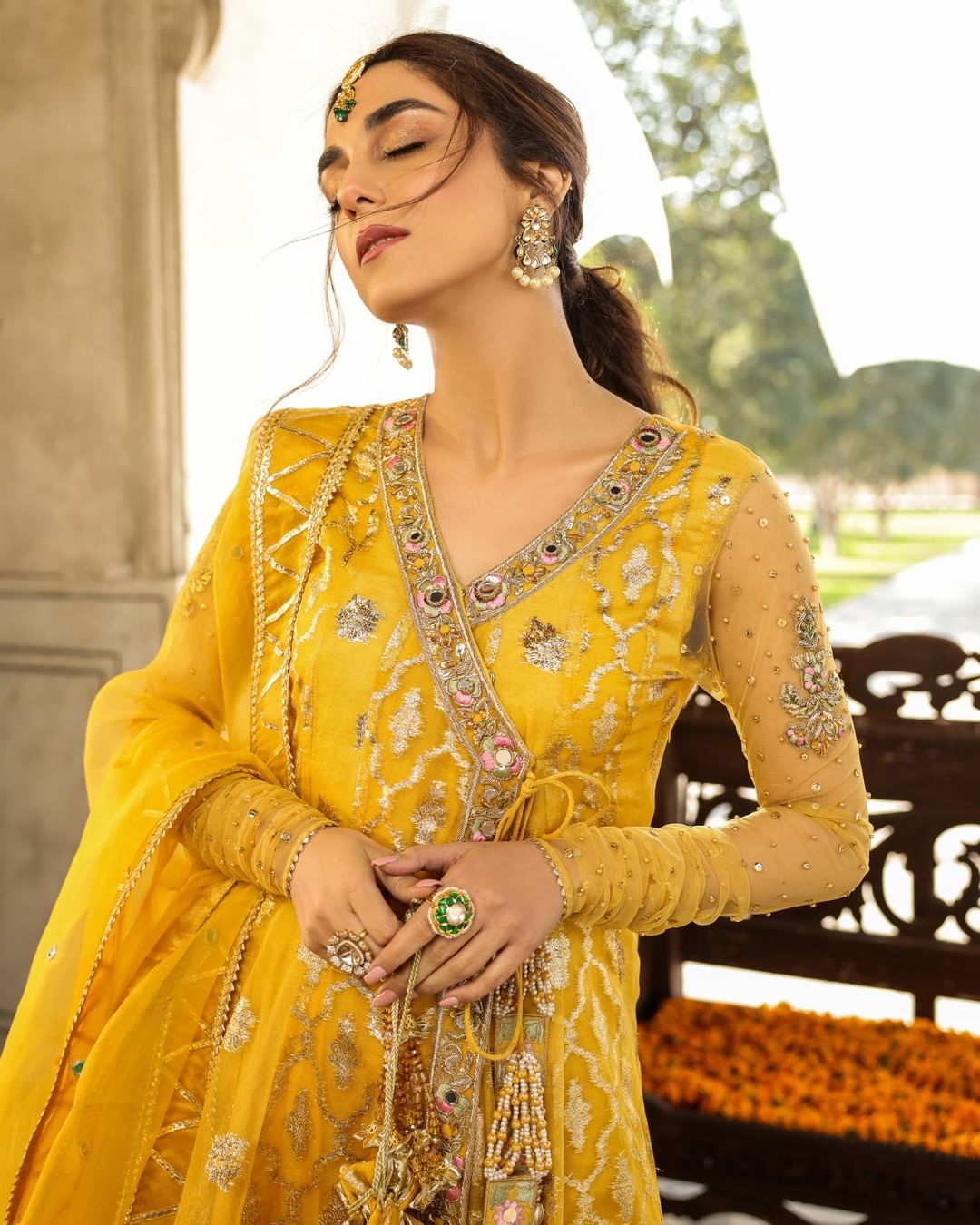 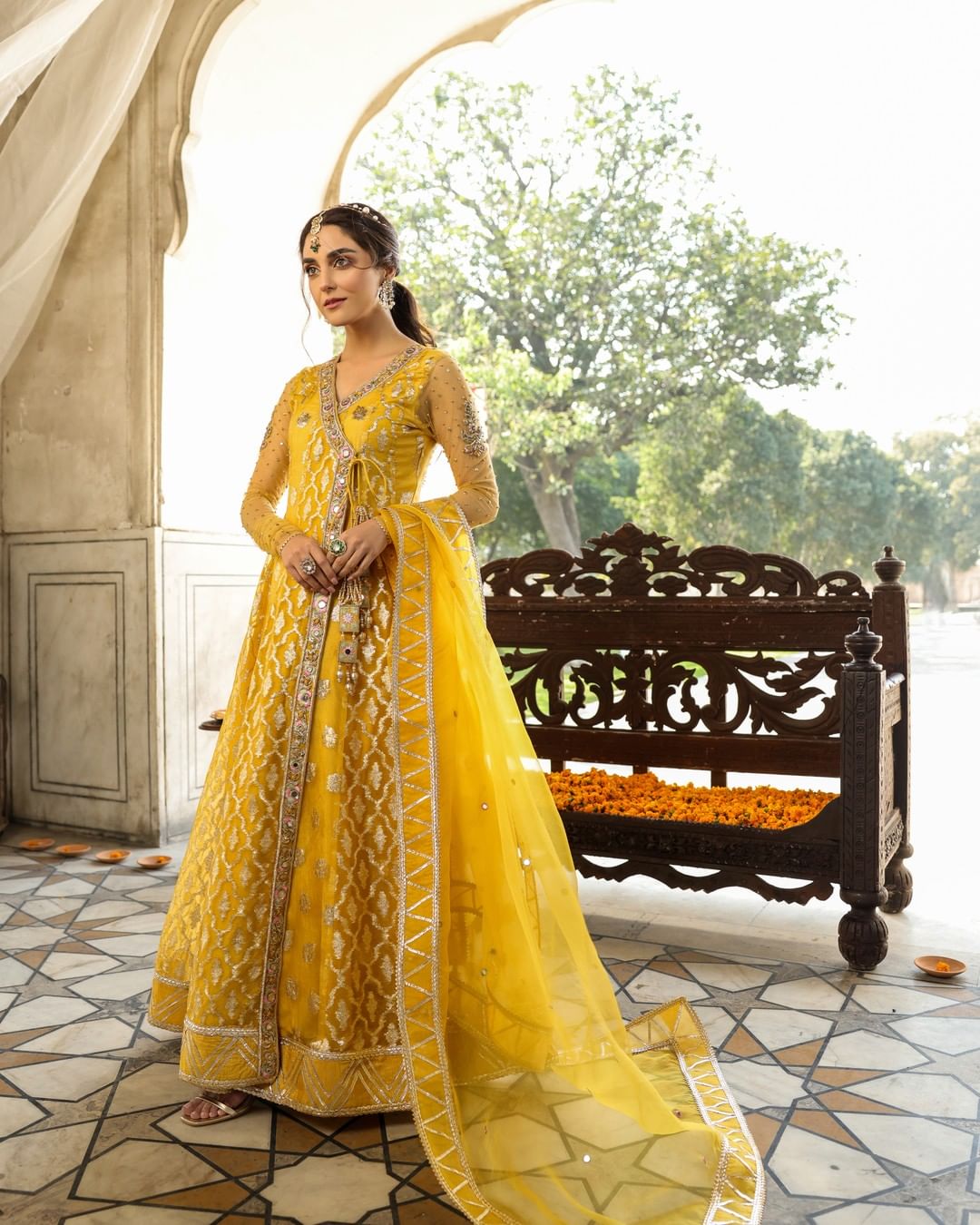 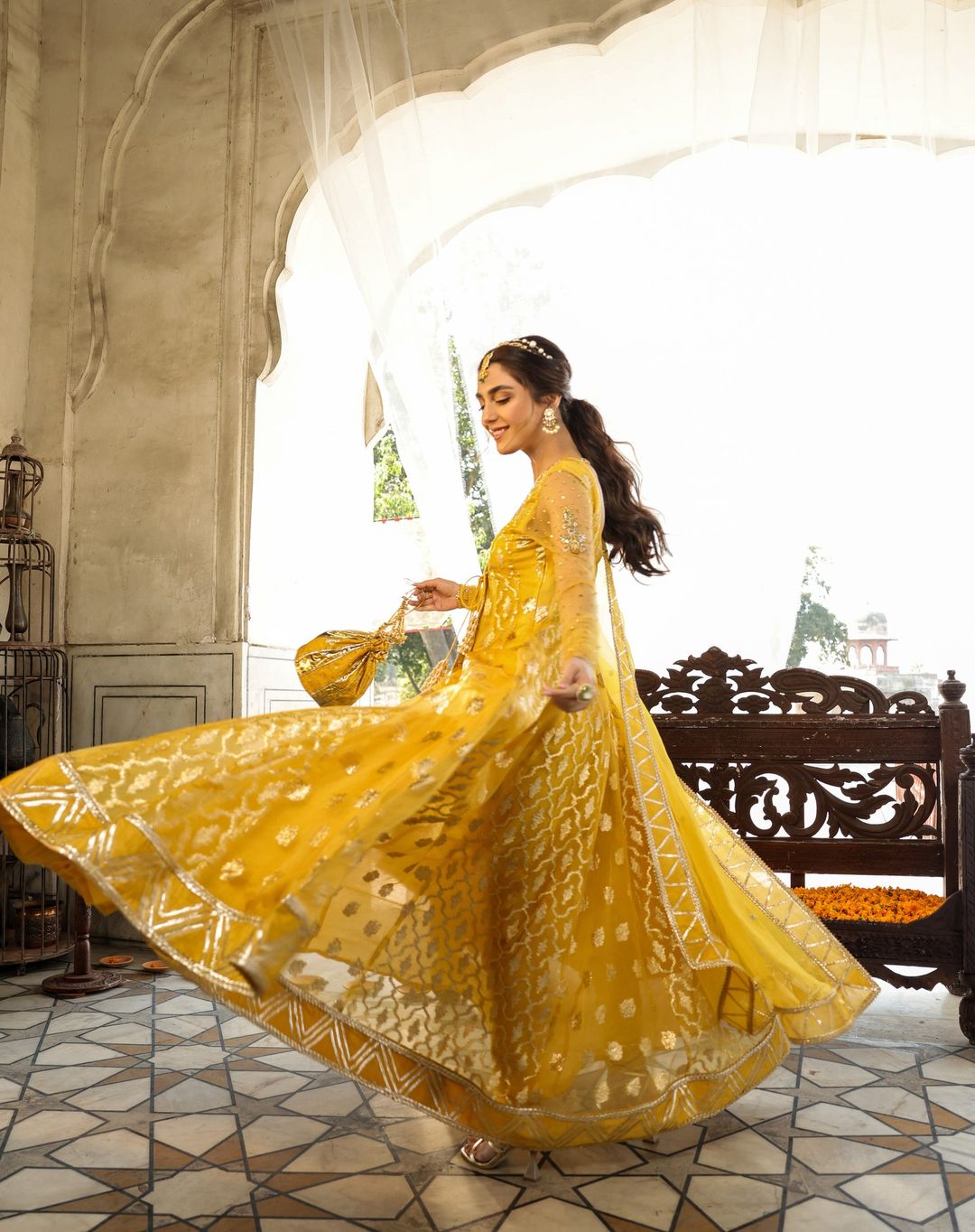 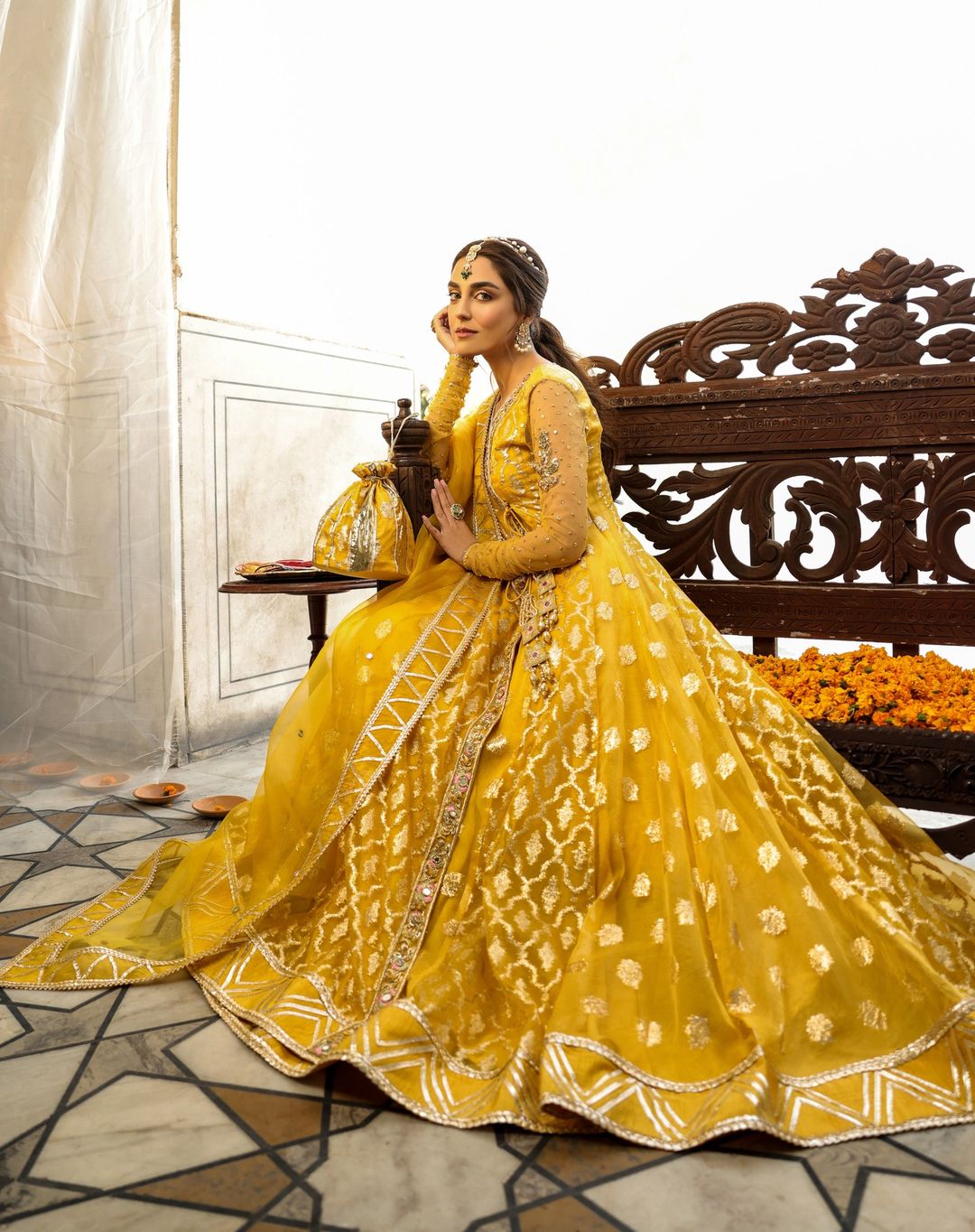